Just a month and a half after 4 July 1776, the translation of the Declaration of Independence of the United States of America was already in Venice, sent via the embassy of the Venetian Republic in London. The Archivio di Stato (State Archives) still preserves it among the pages of its own immense and surprising story

“The State Archives of Venice”, says Giovanna Giubbini, who has been directing it since a year ago and is also head of the Soprintendenza Archivistica e Bibliografica del Veneto e del Trentino Alto Adige, “are the memory of the maritime Republic and of humanity as regards the commercial, cultural and diplomatic relationships woven between the Serenissima and the world. Along seventy kilometres of shelves, ten centuries of history are stored here at the Frari, the main site of the archives in the vast complex of the Franciscan convent of Santa Maria Gloriosa; there are a further eighteen kilometres in the stores on Giudecca island, and another thirty-two in Mestre. In all, 800 archival holdings, 76,000 volumes, and over 20,000 items consulted in 2018.”

What is the task of the Venice State Archives?

“It conserves, protects and promotes the documentary heritage produced by the institutions of the Republic of Venice and by religious congregations and orders, by the lay confraternities – which in Venice are called “scuole” – 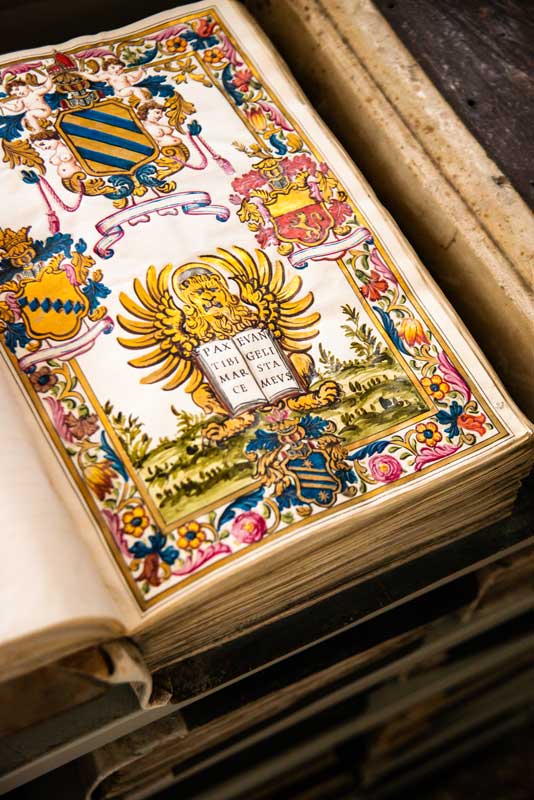 and by corporations of arts and crafts. It is an archive of archives: the events of the ancient Commune Veneciarum, then of the Dogado and of the Stati da Tera e da Mar, the maritime and mainland domains of the Republic are all covered without any interruptions, with a formidable chronological continuity from around the year 1000 to the fall of the Republic on 12 May 1797. The acts of the later governments and offices have also been preserved there.”

What do these kilometres of shelves have to tell?

“They offer vivid snapshots of political, economic and social history. The constant relations of the ambassadors even from distant countries, in which the Republic had no direct interests, speak of a mercantile power that was open to the world until the end.

The sanitary regulations for the prevention of epidemics, the administrations of the waters, the regulation of the cutting down of woodland outline the complex organisation of the Venetian state machine.

Notarial and judicial acts reveal the status of women, the legal equality of women in the possession and administration of family property. In the fourteenth century, Fantina, Marco Polo’s daughter, claimed and obtained from the court the right to the dowry that her father assigned her by testament. The Archive preserves this document. The list also includes personal items, brought to Venice by the long, adventurous journey to Cathay.”

“Of course: the condition of foreigners – merchants, entrepreneurs, labourers – emerges clearly in the needs for both control and exchange, more than anywhere else. The papers also show Venice’s interest in discoveries and technical 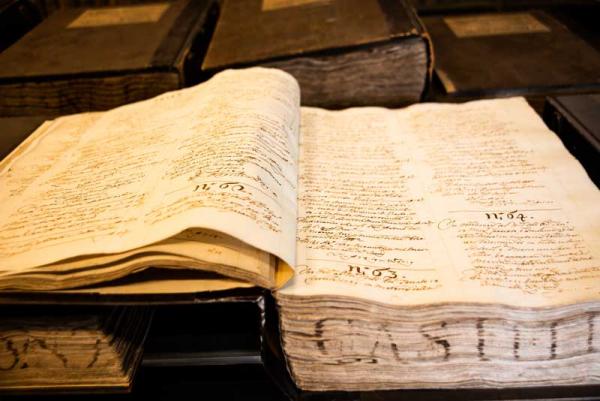 innovations. We have the letter written by the “foreigner” Galileo Galilei during his teaching years at the University of Padua, in which he offers the telescope he had perfected to the Republic. This is in 1609.

From the mid-fifteenth century, Venice encouraged the settlement of printers, sensing the potential of the recent invention of movable type, and the city soon became a publishing capital of Renaissance Europe.”

Tourism – a fundamental economic activity – dominates the Venetian scene with increasing relevance and impact. But there is also another city …

“It is less spectacular than the controversial image of cruise ships, but very active. Venice keeps its historical legacy alive, continuing to cultivate 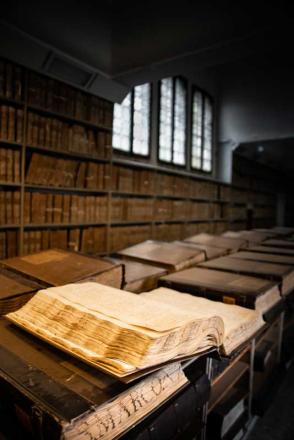 a host of international relations. The reading room of the Archive welcomes 1,700 users a year, including scholars from all over the world. In 2018, there were 300.”

How is this treasure preserved? How is it expanded and promoted?

“Conservation is the prime objective. But this memory does not remain unchanging. The archive grows through private archives, purchased by the State or received by donation, materials stolen and recovered thanks to the Carabinieri Heritage Nucleus, such as the case of two mariegole, ancient statutes, returned in December, and the most recent documents produced by peripheral state offices in the territory: courts, prefectures, police stations. They are added thirty years after the closure of the files. These are paradoxically the most fragile documents: the quality of paper and ink is mostly very bad. I am waiting to be given a powerful scanner by the Veneto Region, which is currently located in Treviso.

Cataloguing is the other indispensable step to make this endless heritage accessible on site and online. The digitalisation process has been under way for decades. Thousands of documents are already available.

We also invest great energy in dissemination: visits, conferences, exhibitions. What we are preparing on Tintoretto is based on the publication in progress of a selection of documents, which explore the biography and personality of the Venetian painter on the occasion of the five hundredth anniversary of his birth. Autograph letters, contracts, his will: these sources are conserved in the Archive, but also at the Patriarchate and in the nearby Scuola Grande Arciconfraternita di San Rocco. The Bible that he painted there is the artist’s absolute masterpiece.”

Does the Archive also do training? 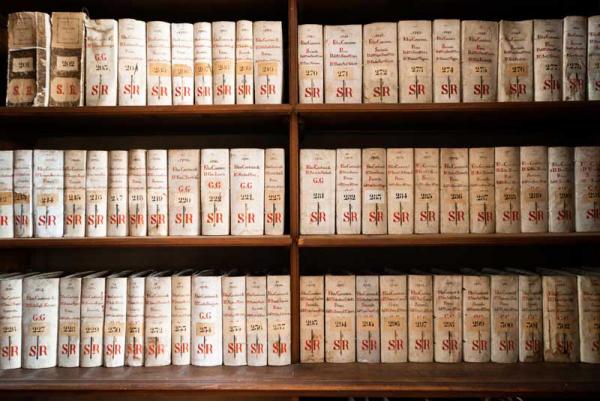 Palaeography in 1854, is among the oldest in Italy. In total there are seventeen, and they operate in the State Archives with access assured via a selection test. Students learn the reading and study of ancient documents in Latin and in the vernacular, the history of institutions with in-depth studies on those of the Serenissima, the management of ancient and modern archives with the help of information technology. After graduation, many receive important assignments abroad.”

Among the many projects is the Venice Time Machine...

“This is a targeted digitisation project that we are implementing with Lausanne Polytechnic. It is investigating centuries of cadastral documents: a mine of data, which delineate a map of productive and commercial activities in the old city.

Applying computer science to a line of research responds fully to the vocation of the State Archives, which aim to be not inert deposits, but generators of knowledge, time machines. The latest technology at the service of a cultural vision, as Venice did with printing during the Renaissance.

Now, as then, we are in a hybrid phase. The jump from paper to digital, with the urgency to administer it, also involves a reversal of perspective, because 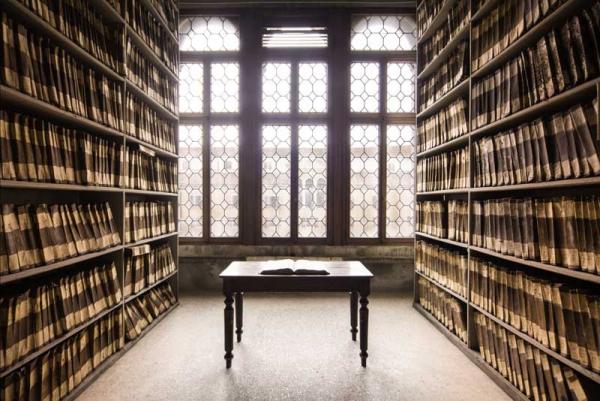 it affects the very concept of conservation. It is a matter of ensuring the unalterability and the legibility for the future not only of reproductions, but also of digital originals, that is of documents that are now being created in this virtual form and which are increasingly numerous.

Let me show you the latest arrival: a sixteenth-century book containing the Prose of Pietro Bembo. The humanist has added notes to it in his own hand. This volume alone is enough to shed light on the significance of our work.”