Venice is the most modern city of all. An environmental laboratory one thousand six hundred years old. Ready in the Renaissance to sense the potential of printing, and now quick to equip itself with broadband internet. The oldest pedestrian zone, which other cities try to resemble. Here is the ideal frontier from which to view the sustainable development that Europe seeks. Things happen first in Venice. The future lives here, amid its fragile beauty.

In perhaps the most critical situation in the entire history of the European Union, between climate threat and contagion, Venice too – led by the Ca’ Foscari University and IUAV, the University of Architecture – is taking up the appeal of Ursula von der Leyen, President of the European Commission, to design a sustainable, inclusive and beautiful future together.
In the aftermath of the Great War, the Bauhaus, or “House of Building”, was founded in Weimar in Germany in 1919, directed by Walter Gropius.

The programme published by the German architect envisaged an alliance between art and technology to support reconstruction.
And now President von der Leyen is launching a New Bauhaus. It will consist of a call for tenders, financed by the EU, seeking to trigger a turning point. She insists on the criterion of social justice, as a founding feature of the Union: “Beauty means a more inclusive economy, in which wealth is distributed... a new approach, to find together solutions together to complex social problems. The initiative aims to shape...our markets around new ways of living and building.” It is a high commitment, in which the very meaning of Europe, its historical mission in the world, is at stake.

The vision of the Rectors, Tiziana Lippiello for Ca’ Foscari and Alberto Ferlenga for IUAV.

Comparing "Manifestos": the dream of Gropius, the New European Bauhaus a century later and the cards Venice can play... 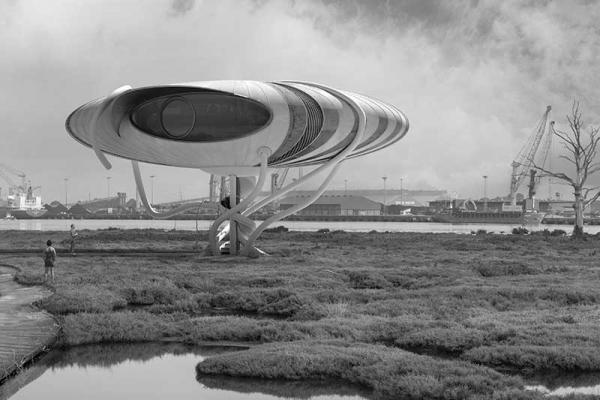 L The beauty of Venice is universal. But I don’t think it is enough to win a European call of this kind. For me, the project of the rebirth of the city is central. It must become attractive again, so that young peoplecan live and work here. We need to invent conditions that encourage entrepreneurship. Ca’ Foscari has been contributing to the regional project called “Venice, the capital of sustainability” since last year, together with IUAV, the Conservatory and Accademia di Belle Arti, with a plan to increase student housing.
The international projection of Venice is a resource.
Our University is the largest company in the city, comprising about two thousand teachers and technical and administrative staff, and almost twenty-three thousand students, both Italian and foreign. We are increasing enrolment, focusing on the added value of learning and living here. We need to promote the ancient values of Venice,but with a view to urban regeneration: not only an icon of world beauty, therefore, but a community that knows how to renew itself. 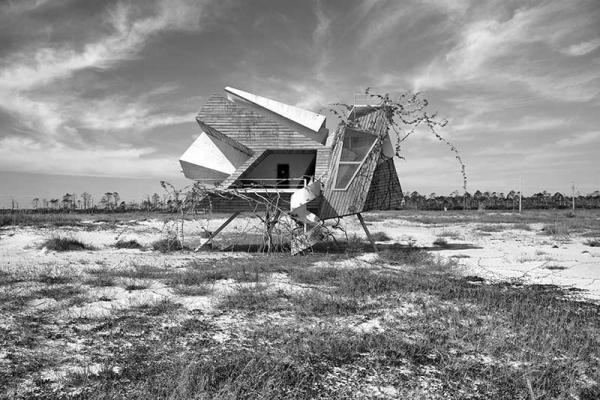 F In line with the European Green Deal, the European Union's pact for the environment, President Ursula von der Leyen’s “manifesto” seems tailor-made for Venice. Sustainability, inclusion and beauty are the criteria that guide IUAV’s work. We are already doing these things. They are in the University’s coat of arms, which borrows from the formula of the Treatise on Architecture by the Vitruvius: solidity, functionality, beauty.
Compared to the guidelines of the New Bauhaus, Venice has often found itself ahead of the world, in forms of government, in health measures and environmental adaptation, always within a context in which beauty was given a fundamental, not an accessory, value: beauty and the pride of being in the vanguard. 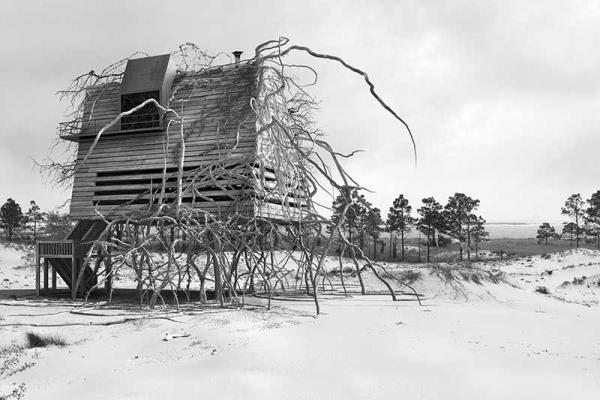 Beauty recurs in the policy statement made by the President of the European Commission. It expresses the general intent of the New Bauhaus. A beauty that must be oriented to “environmental sustainability”, to “accessibility”; willing to seize “the opportunity of differences”. What do the universities propose, starting from their own specific vocation?
L We cannot rest on our laurels. We need to break the circle of self-referentiality to the past, however great. The international dimension is indispensable. 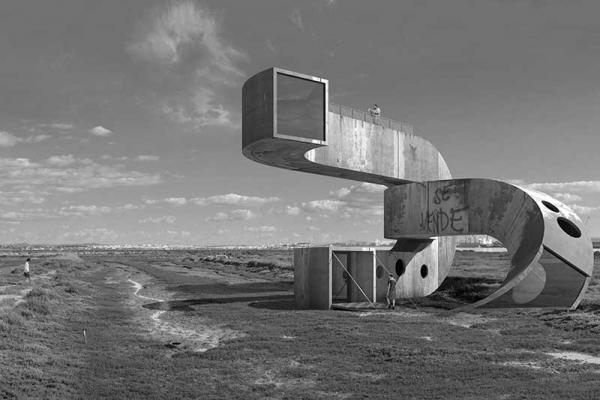 This is why we are networking with a Portuguese initiative, to compete together for theNew Bauhaus, which will experimentally involve coastal towns. Cities on the sea are among the most exposed to climate change. Venice has something to say about this. We could participate with Lisbon, Copenhagen, Malmö, Rotterdam, Antwerp.
F Venice is not dead; it is still capable of forms of civic resistance, and is full of experimentation. Study and work are the great challenges: professions of the future, which we come to learn here, to practise from here, also by re-using the ground floors of buildings, which are now easier to defend thanks to MOSE. Tourism would also change: it would become the experience – to be taken back into the world – not of a postcard, but of a real, beautifuland productive city. 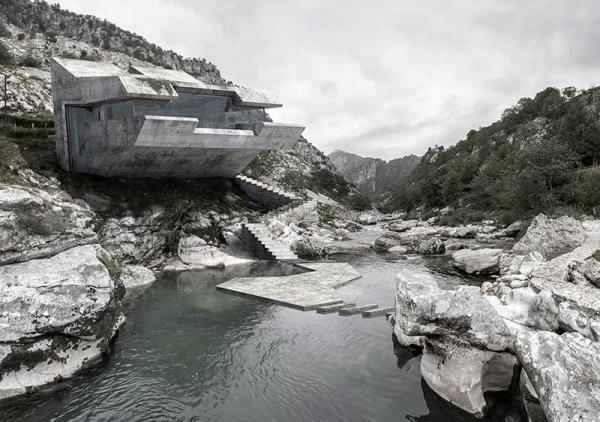 The Commission is keeping a tight schedule for the development of the project: the call for tenders will be in the autumn. What stage has the project reached? And the two universities?
Europe will choose five pilot projects for initial funding of five million euros each. These are the first steps. From the outset we have sought the involvement of the whole city and the territory: administrations, cultural institutes, companies, each with their own European dimension and more. Ca’ Foscari is also counting on links with the universities of the “Silk Roads”, based in Korea. Inclusion does not necessarily mean leadership and subordinate roles. We need a paradigm shift, to learn to work better together. Environmental Sciences, Computer Science, Nanotechnologies and Conservation of Cultural Heritage are Ca’ Foscari's strengths, together with Economics, because the University was founded as a School of Commerce. Our vocation from the outset, therefore, has been the crossroads of civilisations. Here we learn languages and cultures from all over the world. Perhaps this is our hallmark, our interdisciplinarity: the term is ‘popular’ but its implementation is not so easily achieved. The effort that Italian universities must now make is the so-called ‘third mission’: the impact of research and teaching on society.

F The funds allocated in the first instance may subsequently be adjusted to the scope of the projects. The actual call for proposals will be published in the autumn, taking into account the suggestions made during the preparatory phase.

We will then calibrate the Venice proposal according to the required characteristics. In the candidacy phase we will have to look for convergence in order to support it, verifying that we have the necessary critical mass, combining new ideas and developments of existing experiences in a unified project. The great novelty is that this is not one of those calls for applications to which universities are routinely invited, but a collective process. This time a preliminary debate is being asked for, with no limit on membership: institutions, associations, individuals. The response has been enthusiastic, and perhaps unprecedented in its breadth. 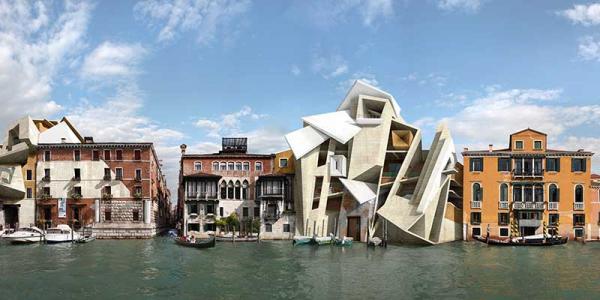 Until now, in fact, the weight of criticism regarding the dangers our vulnerable city suffers had mostly covered any other discussion.
Let us use this time for other meetings, to gather ideas through the online platform we are setting up.

With its complexity and symbolic power, Venice can offer a formidable field of action. The city is this year celebrating the sixteen hundredth anniversary of its legendary foundation. How do you imagine it in a decade in the spirit of the New Bauhaus?
L Several colleagues are working on business accelerators in the historic city. Personally, I imagine a Venice without borders between the lagoon and the mainland: the metropolitan city, which this project of ours wants to include. The very fact that the Veneto Region has decided to propose it as ‘world capital of sustainability’ is a recognition of the uniqueness, centrality and potential of Venice, which I hope is shared by the country beyond a duty merely to ensure its preservation. It is not just a museum, but a model of quality of life. We could not achieve this if we did not restore a stronger international attention.

F Venice is the seat of the Biennale, the world’s liveliest and most prestigious centre for contemporary art, including architecture and urban planning; an international restoration workshop; a marine observatory of global interest in the context of climate change; a research laboratory for alternative energies, such as hydrogen, in what is in part still Europe’s largest industrial area; a new hub for trade with the East; a city that the world’s metropolises look to for its still-human pace, social relations and mobility. So what more suitable place to design/plan a more compatible future? Venice itself is our best/winning card.