The Fondazione Emilio e Annabianca Vedova prepares for the centenary of the Venetian painter’s birth: 1919-2019

The Fondazione’s president, Alfredo Bianchini, projects the exhibition into the future glimpsed by Vedova, in which art abandons the static nature of a typical exhibition and becomes performance, establishing a dialogue with different spaces in a creative process that is always open. The work is also the stage and changes with it. 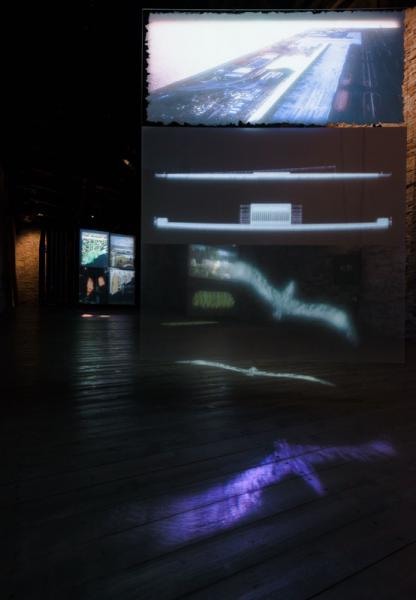 “A wonderful photograph. I hadn’t seen it before. It makes me smile, because between those two, I’m really the surveyor”.

The year is 1984. ‘Those two’ are Emilio Vedova and Luigi Nono, the painter and the composer, in the church of San Lorenzo in Venice. They are about to stage Prometeo – the texts are by the philosopher Massimo Cacciari – and Renzo Piano was there with them truly to delineate the field of action, to define the geometry for the music of Nono and the lights of Vedova within a wooden ark in the huge space of the church.

The photo resurfaced from the archive of the Fondazione Emilio e Annabianca Vedova, when the idea of bringing Piano’s Progetti d’acqua (‘Water Projects’) was taking shape.

The president of the Fondazione, Alfredo Bianchini, wants them for the tenth anniversary of the beginning of the work in one of the former Magazzini del Sale of the Venetian Republic, facing the Giudecca Canal along the Zattere, towards Punta della Dogana, a place dear to the artist, who had his studio here.

Next year will mark the hundredth anniversary of Emilio Vedova’s birth and the tenth of the opening of the Magazzino: another space designed by Renzo Piano to “stage” the work of Vedova with the device that transports the canvases towards the observer. This time Piano 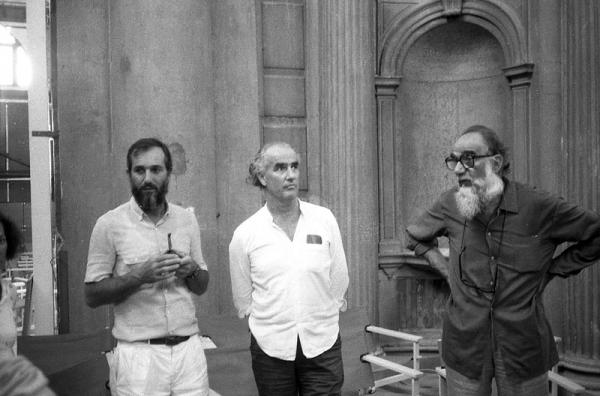 is also staging his own work as architect.

Why no longer an exhibition, but a staging?

Over the past ten years we have added to Vedova locations in his city: the Magazzino del Sale, the Biennale, the Guggenheim Collection, but also the Gallerie dell’Accademia, where he taught, and Ca’ Pesaro, Ca’ Rezzonico, the Scuola Grande di San Rocco, next to his virtual teacher, Tintoretto, and now, for the five hundredth anniversary of the latter’s birth, also at the Palazzo Ducale, where the latter’s immense Paradise is introduced by two Vedova discs. We have exhibited many unpublished works, and compared them with other contemporary ones. With De America we retraced his journey with his wife Annabianca, discovering the New World at the end of the seventies, and its brutal and fruitful contradictions. That revelation, which was 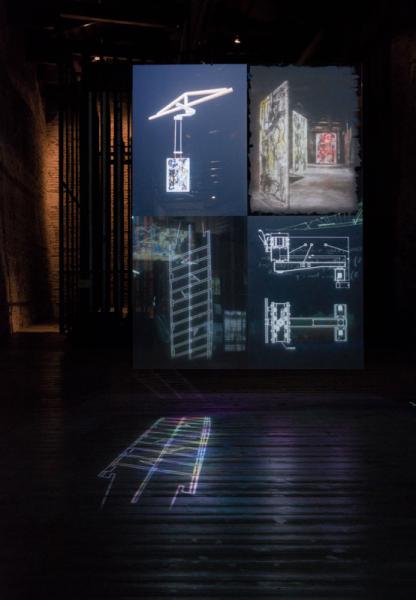 decisive for him, inspired a monumental critical work, which almost blew up in our hands: 680 pages of imminent publication together with the Galleria dello Scudo of Verona to describe the first phase of his artistic adventure, from 1935 to 1978.

In the meantime, internet, smartphones and social media are changing the world and changing the brain, the way of looking, of reasoning. The public is changing too. There is an evolutionary leap on the way, and a cultural institution has to prepare itself for this. A typical exhibition runs the risk of looking like an outdated ritual. The future will be made more and more of online exhibitions that are no longer exhibitions as such.

And Vedova was a forerunner of this evolutionary development.

Vedova had anticipated it. His Plurimi attack the space around them with their points, edges, variable contours; they give body to the message that has to travel the universe and reach humanity and therefore also physically burst from the canvas in which it is constrained. Piano’s robotic machine makes the idea of the work in motion concrete and almost material; it is its extreme development in mechanical terms.

In contemporary art the relationship between the work and the space in which it is placed is increasingly accentuated; from time to time it affects it and is conditioned in an always 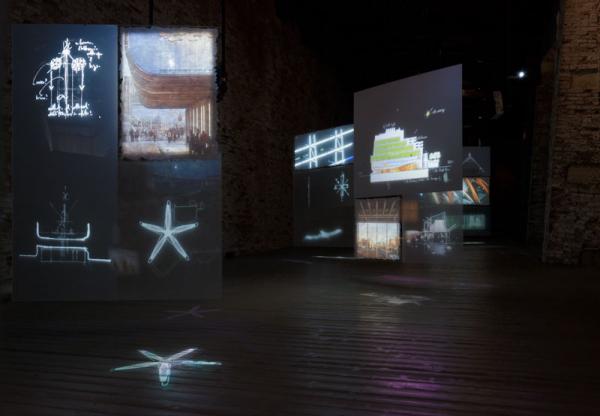 renewed connection, if not indeed one of interdependence. Vedova had guessed this possibility of an infinite decomposition of the works. His rejection of frames, display cases and even of walls is almost the rule today. Space and light are inseparable protagonists of a contextual perception of the artistic installation: art goes on stage and the stage itself becomes art.

This is the logic underlying the preparation of Piano’s Progetti d’acqua.

This time at the Magazzino del Sale it is the architecture that is in the limelight and we can see that the direction is the right one: the feedback between the visitors is great in terms of numbers and consensus. No maps, models, books, shelves. It is a “videomatic” representation of projects linked to the element of water, caught in the passage between conception and reality. This was the idea that was already a seed in the staging of Prometeo in 1984. Renzo Piano planned a wooden structure for the public and the artists, the soundbox of a gigantic musical instrument and the section of a sort of ark for a imaginary journey.

Where does the Fondazione Vedova’s journey lead?

Emilio Vedova was an artist who was civically committed. He had lived through the experience of the partisan struggle in the war and a militancy in the Italian 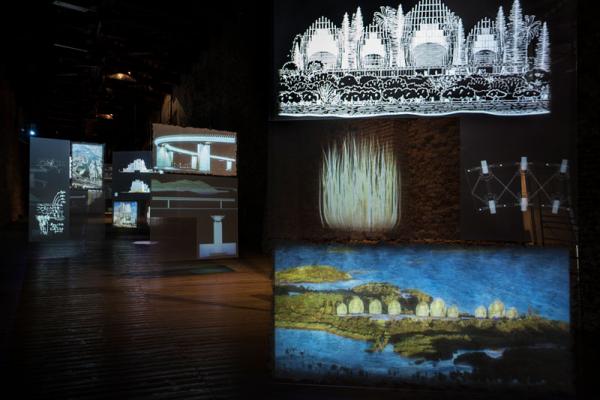 Communist Party, which never saw him uncritically supporting the party. Indeed, at a certain point he controversially came out against the party secretary Togliatti, who had made neorealism the exclusive programmatic manifesto of the cultural politics of the left. Vedova was tormented by the urgency of spreading the message he entrusted to his works, a significant dimension that needs to be brought out in this historical moment. A change is also taking place in the forms of democracy. Ways of participation are emerging that tend to skip the so-called intermediary bodies, professions, trade unions, in favour of a direct relationship between the level of government and citizens. The institutional places of the democratic exercise of power and its counterweights, from parliament to courts, are less central. It is increasingly the web that is becoming the eminent and intangible place for public debate, but here a material already formed 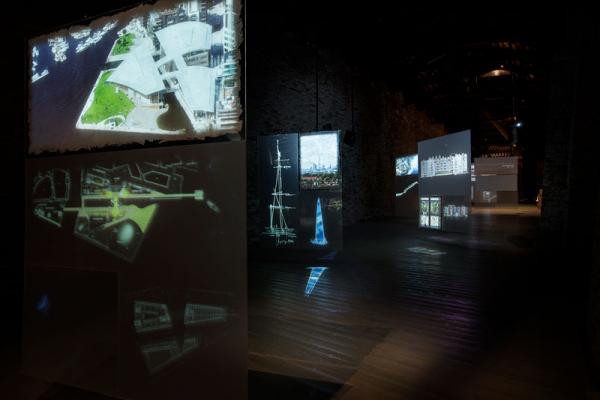 elsewhere is discussed, one manipulated in other places that are equally invisible, vast, elusive.

Today the artist’s place is this media battlefield in which he must practise and bear witness to the critical, informed exercise of the search for truth, a congenital dilemma for democracy, because to be such – the expression of the will of a majority – it must be founded on an exercise of truth. But how are truths formed in the era of fake news? Democracy and truth: it is in this direction that we will continue to explore Vedova’s work. This dilemma is something he suffered and expressed as a clash of situations. His works pack a mass of dramatically topical wounds: economic imbalance, the destruction of the planet, the violation of human rights, the wars for resources, all with their trail of catastrophes, devastation, migration.

With the Department of Environmental Sciences at the Università Ca’ Foscari of Venice, we have study grants in the pipeline for sustainability research projects, to be developed together with the Fondazione’s Casa Gialla, the laboratory outpost acquired in Mira to involve the territory of the metropolitan area of Venice. We are also defining partnership agreements with US universities.

What’s scheduled for the centenary of Vedova’s birth?

For September 2019 we will bring Vedova to Milan with a series of works at Palazzo Reale.

For Venice, a musical and theatrical project is being developed reflecting Vedova’s work in the world of theatre and music: first Intolleranza in the sixties and then the Prometeo in the eighties. We also aiming for international initiatives in Paris and 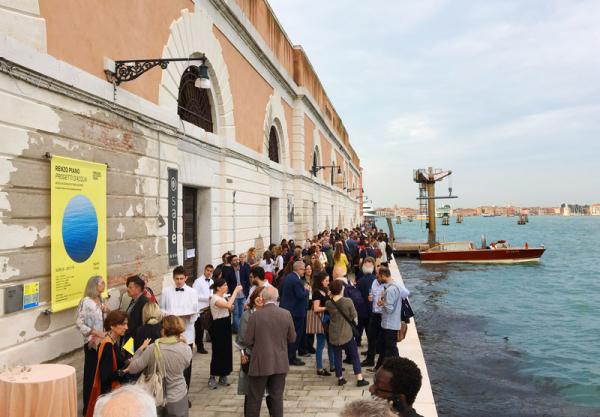 Then there is the continuation of De America, the intention of completing the story of his artistic development from 1978 to the end, in 2006. This chapter will be called La seconda ora – The second hour – but it will not be a paper book like the first. We are working on the screenplay and processing of an “immaterial volume”. It will have the same new language of the staging of Piano, the language of the future as glimpsed by Emilio.