Kandinsky and the avant-gardes

An exhibition at the Centro Culturale Candiani celebrates the great artist and his influence on twentieth-century art.

Kandinsky and the avant-gardes. Point and line to plane takes its starting point from the art, thinking and writings of the father of Abstract art and traces the line linking different experiences of non-figurative art through the course of the twentieth century. 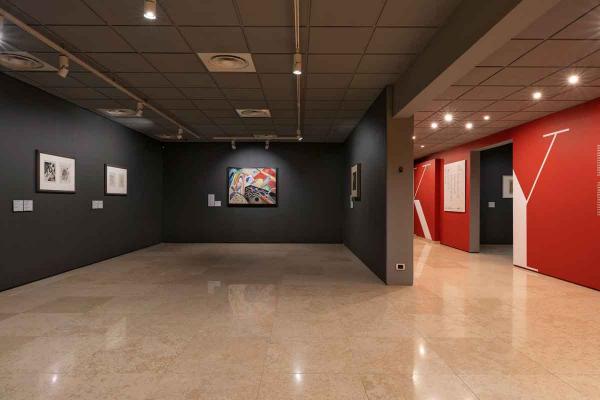 The adventure of abstract art is recounted in the exhibition through 43 masterpieces belonging to the collections of the City of Venice conserved at Ca' Pesaro - Galleria Internazionale d'Arte Moderna.

The exhibition opens with a nucleus of works by Kandinsky, spanning his creative career. From the geometric period of research into colour, of which White Zig-zags of 1922, a work acquired at the 1950 Biennale, is a magnificent example, we move on to the exciting sequence of Small Worlds, also of 1922, and finally to Three Triangles of 1938, a work representative of a new creative phase in which embryonic forms and natural and fantastic micro-organisms move and "float" against a black background. The Russian master is presented alongside his companions of the Blaue Reiter artistic group, such as Paul Klee, represented by a nucleus of seven works, and Lyonel Feininger. 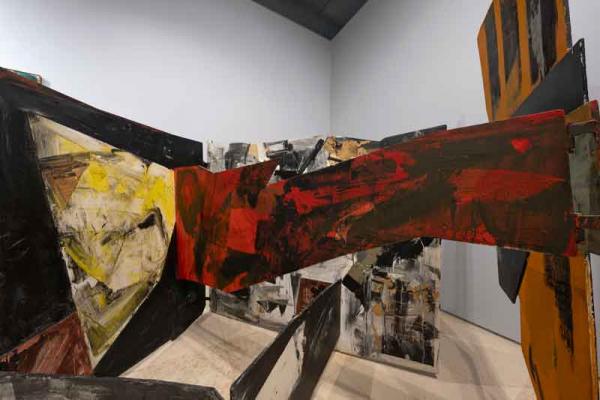 The second section of the exhibition, The Avant-Garde movements between Abstraction and Surrealism, reveals the persistence of abstract art during the 1920s and 1930s. Kandinsky is a point of reference for numerous non-figurative currents that emerged in the inter-war period, when Paris was a crossroads for groups rethinking their creative work based on abstraction. Among the Italians was the futurist Enrico Prampolini, who combined geometric forms with new motifs, embryonic organisms and colours that recreated lyrical musical assonances. Prampolini also represents the most significant link between the line of abstract art and informal non-figurative art after World War II. Luigi Veronesi was also in Paris at the same time and in 1934 joined Abstraction-Création, a group including Ben Nicholson and Jean Arp – represented in the exhibition with two important works and who are more than rare presences in an Italian museum – in addition to Prampolini. 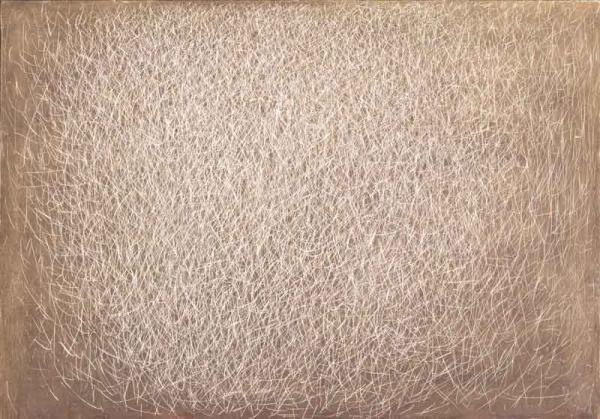 Abstract art after the Second World War is the theme of the third section, starting in 1948. From Santomaso to Emilio Vedova, Mario Deluigi to Tancredi, Karel Appel to Mark Tobey, the forms of abstraction in the second part of the twentieth century are marked by informal art, lyrical suggestion and gestural charge. The section dedicated to sculpture follows on from this grouping, with masterpieces by Mirko Basaldella and the Spaniard Eduardo Chillida, in dialogue with a majestic Plurimo by Emilio Vedova. Three-dimensional research continued with the examples of spatialism by Luciano Minguzzi and Bruno De Toffoli, up to radical, almost ascetic research in later periods, when movements with minimalist conceptions, well expressed in the work of Richard Nonas and Julia Mangold, come to life.

To be able to construct a project from the collections held at Ca' Pesaro is a privilege but also a great challenge. The Gallery's collections are unique among the museums of our country for their international character, which derives from the numerous and far-sighted acquisitions made by the City at the various editions of the Biennale. 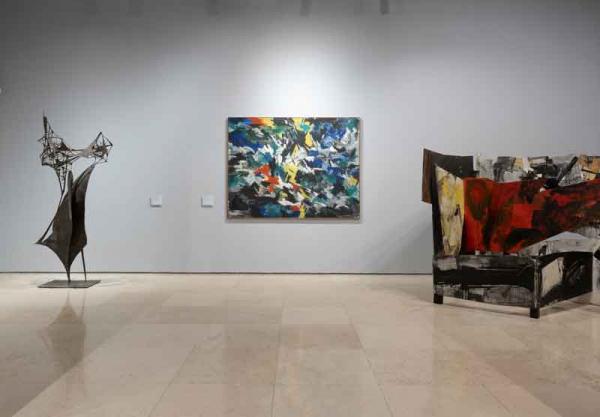 In addition to these, the museum collections have grown over the decades through the donations of artists and enlightened collectors who wished to leave their works in Venice. Within this perspective, the challenge has been to identify constants in a collection that is heterogeneous by its very nature and to emphasise influences and contacts between artists who are very distant in time and space, trying to reconstruct the milestones of an adventure that spans the whole of the last century.

Thanks to the bequest made in 1961 by Lidia Usigli De Lisi, in the name and memory of her late husband Lionello De Lisi, it is now possible to enjoy the works of Miró, Tanguy, Brauner and to have Kandinsky's Three Triangles on display; thanks to the donation received in July 2020 from Paul Prast, the exhibition can count on an exceptional nucleus of works by Paul Klee and Lyonel Feininger, alongside Kandinsky's Small Worlds; and thanks to Giuseppe Panza di Biumo, together with his wife Rosa, true talent scouts of young international artists since the early 1960s, we can suggest correspondences with the most advanced minimal art of Mangold and Nonas. 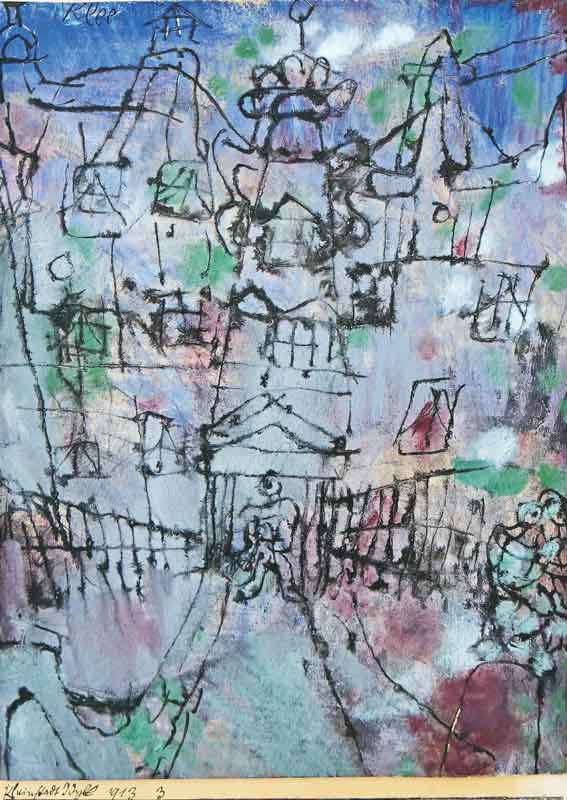 The list could go on, testifying to the fact that the exhibition can also be read as a fascinating account of the art of the last century seen through the eyes of those who were able to appreciate, collect, and finally donate important masterpieces to the Museum, in an imperishable evidence of intuition, foresight and passion.