An interview with Alfredo Bianchini, chairman of the Fondazione Emilio e Annabianca Vedova: the exhibition, the projects.

“To say that their life was a journey together does not express the absolute link that united them. It was a real symbiosis.

They met by chance: at the 1950 Biennale. You could not imagine two people more different. He endowed with a gushing, artistic brilliance, unorthodox, self-taught, and was raised in a large, very poor Venetian family. She was the daughter of a good middle-class family of central Italy, capable of freeing herself with intelligence and style from the cliché of provincial conservatism; reading, travelling with informed curiosity, favoured by her knowledge of several languages. 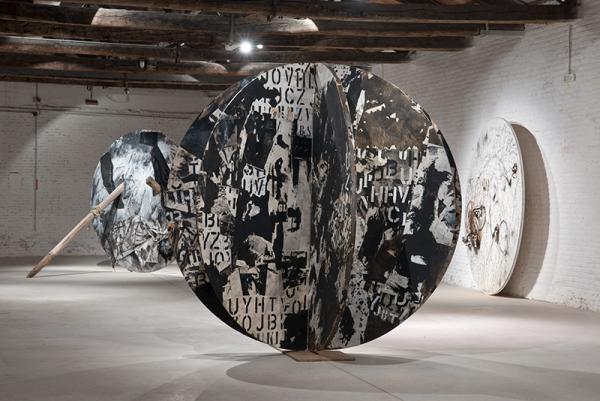 Their love was intertwined with commitment to their shared work. Emilio in the studio, Annabianca at home planning and coordinating, or together travelling the world.
The large paintings of the De America cycle, in black and white on canvas and paper, of which the Fondazione Vedova exhibits a selection at the Magazzino del Sale, arose out of two trips to the US between 1976 and 1977.”

De America is the powerful outcome of a meeting confrontation – which, to Vedova, was the very idea of life. It was long prepared, as if the artist and the New World wanted to study each other from a distance, before meeting one another. Perhaps he guessed that the ‘discovery of America’ would have been a powerful experience, one of those that force you to put yourself into question again.

“In a certain sense Vedova had already been in America as a young man, but without seeing it, having had a successful exhibition in New York in 1951. 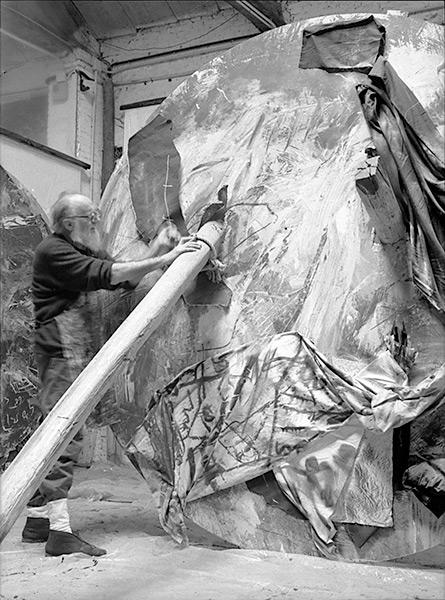 The journeys were periods of meetings, visions and ‘immersions’ for Emilio, which he recovered in his ‘everyday work’, with his ‘antennae’ as he used to say.
Annabianca was the tireless organiser of their adventures. She drew up the itinerary, took care of the practical aspects and also drove the car on this ‘on the road’ discovery of America from coast to coast, as it was shown and described by the cinema and literature of those years.
There had been a foretaste in 1967 at the end of the Canadian Expo in Montreal. Vedova had been given the commission to curate the Italian Pavilion.
But the telling journey was that of 1973. Vedova met gallery owners, figures of culture and business; he gave talks at ‘progressive’ universities.”

What mark did the American experience leave on Vedova’s vision and art?

“It was primarily an ideological discovery. A man of the left who took part in the Resistance, he had left Togliatti’s pci (Italian Communist Party) in 1948 because the party had asked him to programmatically align with the dominant artistic current of neo-Realism. But he claimed the critical freedom to express himself otherwise and had chosen the Informal. He was already over fifty when the confrontation with the New World impelled him to another rethink. The De America cycle flowed out of a period of sedimentation lasting some years. It was a kind of pause. 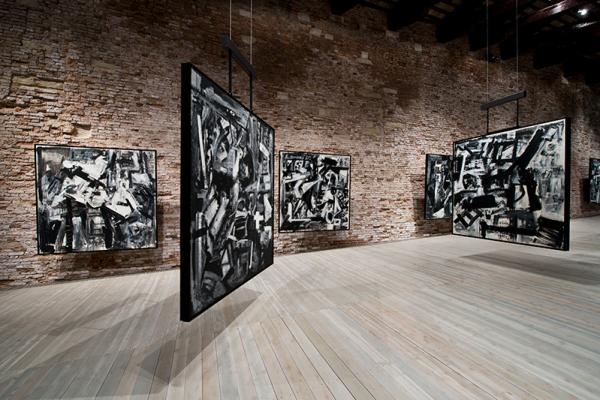 Vedova detached himself from his preferred subjects – time, space, clash of situations – for a more structured painting. In it you can see the throbbing, contrasted, urban landscape of American cities; the portrait of a society, of a contradictory and compelling model of democracy.

The Fondazione Vedova is preparing a book, suggested by the artist’s American meetings and by the works they inspired, but the work has gone much further.

It seemed natural to study this such ‘complete’, such defined cycle with an exhibition and a book of study edited by Germano Celant for Skira, which almost exploded in our hands. The Fondazione Vedova team worked on it with Laura Lorenzin of the Galleria dello Scudo in Verona. It is a genuine monumental monograph of 650 pages which touches on the master’s entire artistic life. It will come out in Venice in autumn. The English version will be presented next year in New York. It will be accompanied by a special exhibition.”

Another exhibition in the nearby Spazi Vedova will accompany De America, at the Magazzini del Sale. What link is there between the two exhibitions?

“The relation is more conceptual than stylistic. His American trips coincided with the controversial Vietnam War. 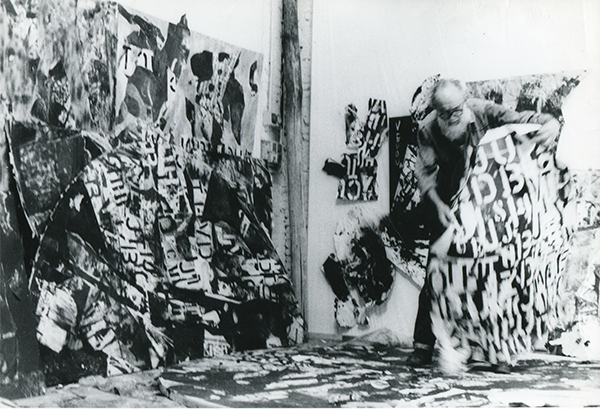 The works exhibited in the Spazio Vedova refer ideally to it in representations of closer conflicts: the Balkans, the Gulf.
They are ‘pages’ of a pictorial diary, a map of the evils of the world. And we go back to the clash of situations.”

What does the association launched with the Gallerie dell’Accademia di Venezia consist of?

“The project is still being studied. The Gallerie will have works by the master on an extendable five-year concession: a recognition, a ‘consecration’ of Vedova’s classicism.
One of them will be exhibited in the studio where he taught, which is now part of the art gallery rooms.”

The Fondazione Vedova and the future…

“One risk that a cultural foundation runs is that of repetitive, monothematic torpor. 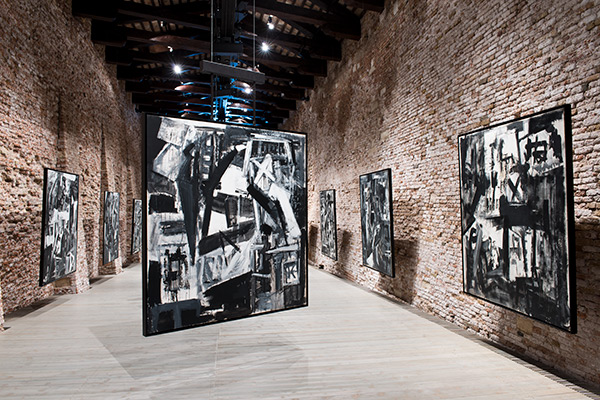 So we are trying not to enclose ourselves in the strictly institutional task of conserving and promoting the artistic heritage entrusted to us. We are actually going further, back to the origins in the shared civic engagement of the founders, Annabianca and Emilio. It is a project that we are fine-tuning, starting from that clash of situations that disturbed him, from that map of evils, of tensions that he felt.
One of the most current questions seems to us that of climate change, triggered by the wild exploitation of the planet.
The foundation plans to establish scholarships, to look solidly into the problem of pollution and its dramatic wake of environmental and humanitarian disasters, floods and desertification, famines, wars for resources, migration.
We are proposing a shared scientific programme to the rector of Ca’ Foscari, involving the university and the ‘Casa Gialla’, the outpost we have recently bought in Mira.
So the foundation is opening up to Venice’s metropolitan district. Its research centre will also act as a counterweight to the levelling on tourism of a city among the most exposed, fragile as it is, to the changes under way.” 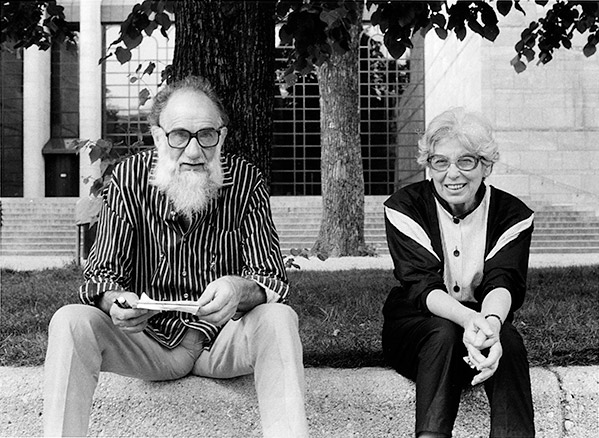