A century after Tintoretto, a great yet forgotten sculptor decorated the Sala Capitolare of the Scuola Grande di San Rocco with a cycle of bizarre allegorical figures realised with great virtuosity.

The Scuola Grande di San Rocco is internationally famous for the extraordinary pictorial cycle by Jacopo Robusti aka Tintoretto. While the magnificence of the imposing canvases by the sixteenth-century master leaves visitors dazzled, it is equally true that upon entering the Scuola’s Sala Capitolare – the room used by the members for their plenary meetings – they are bewitched by the bizarre wooden statues that decorate the space. 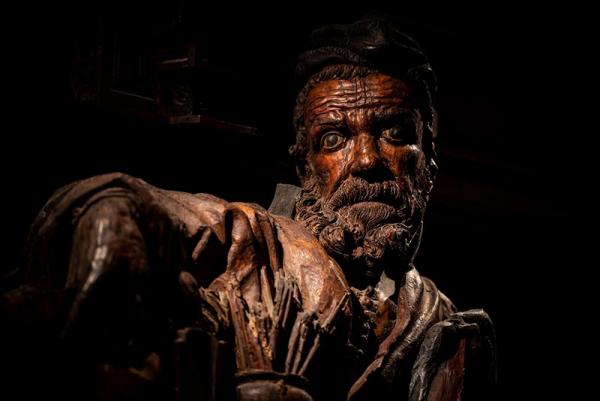 These are the work of Francesco Pianta, who produced them between 1657 and 1675, in the middle of the Baroque period. Among the few biographical details we have is the fact that Pianta was born in Venice into a family of woodcarvers (a profession he subsequently shared with his father and uncles).
Apart from the relief decoration of the wooden panelling in the Scuola, only two other autograph works are known with certainty: the decoration of the clock case in the Basilica dei Frari and a polychrome wooden statue depicting Saint John of Capistrano, which used to be located in the church of San Francesco della Vigna but is now lost. 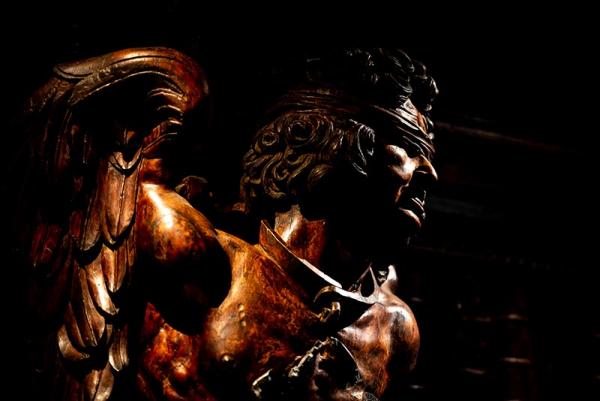 The work inside the Scuola Grande di San Rocco is undoubtedly his masterpiece, however. It comprises a series of carved panels interspersed with allegorical figures inspired by Cesare Ripa’s Iconologia (1593). The whole represents an iconographic moralising programme in which vices and virtues oppose each other, and ends with a tribute to Sculpture, personified by Cicero, and to Painting, personified by Tintoretto. The depiction of the latter – whose works had attained a great fame a century after they were painted – accentuates the expressive characters of the artist. However, this does not transform the sculpture into a caricature, but makes it one of the most lively and realistic representations in the Venetian seventeenth century, as the scholar Giuseppe Marchiori pointed out in the 1930s. 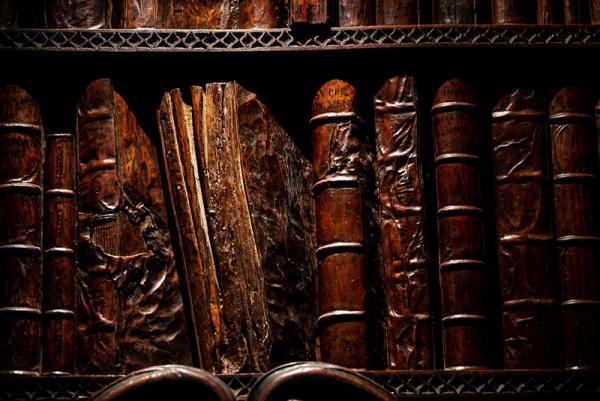 The explanation of the allegories is offered by a parchment scroll held by Mercury, located at the entrance to the room. The other sculptures depict, in order of presentation: Melancholy, Honour, Avarice, Ignorance, Science, Distinction between good and evil, Fury, Magnificence in the library, Curiosity, Scandal and Scruple, Honest Pleasure and the aforementioned Cicero as orator in defence of Sculpture and Giacomo Robusti for painting. 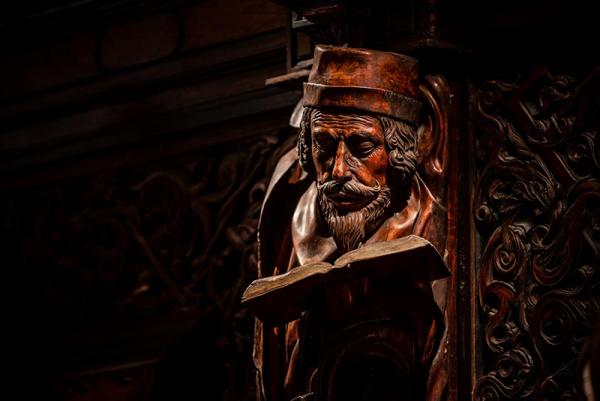 The truly extraordinary aspect of the “hieroglyphics” (as Pianta himself defined them), which act as a counterpoint to Tintoretto’s canvases, lies not so much in the narrative complexity typical of the Baroque, as in the lively realism used by the sculptor in depicting objects; the artist gives life to a completely new type of composition which attains touches of virtuosity unique for the historical period and makes clear Pianta’s intention of highlighting his trade, that of the woodcarver. 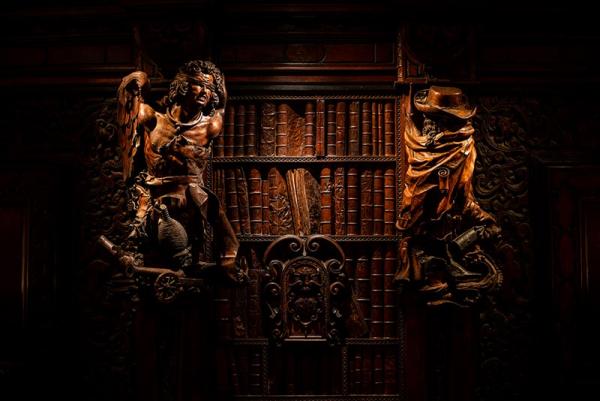 It is not only Tintoretto, therefore, that should attract visitors to the Scuola Grande di San Rocco, but also this master of carving, a craft of extreme precision that enabled Pianta to create a unique, mysterious and fascinating work, one that strikes and bewitches us in its every detail.